Communication when Emotions are Hot
BY: T. Franklin Murphy | October 2018 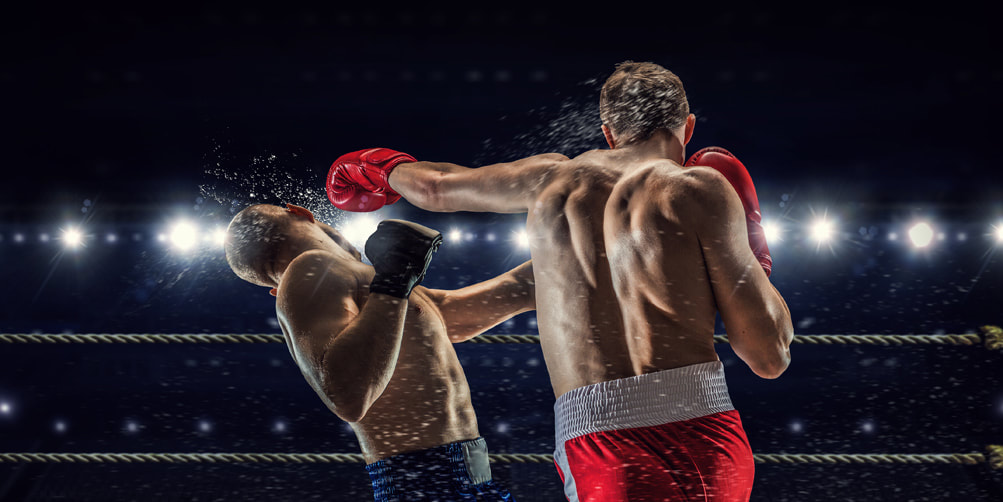 Adobe Stock Images
A powerful punch may win the argument but at the cost of damaging the relationship. A great challenge for many relationships is emotional communication.
This may seem harsh, but let's face it, we do stupid things. I curiously watch people, paying special attention to emotional interactions. Over the decades, I have learned a few things. First strong emotions short-circuit intelligence. Second, what seems abundantly logical during the heat of the battle, can be quite foolish. Strong relationships create security, not captured through hurtful punches to win the fight, but from careful and compassionate attention to the feelings of our lover.
#emotions #emotionalfitness #flourishinglife #communication
A young couple set-up chairs along the side of a temporarily closed street, along with hundreds of others in anticipation of an Independence Day fireworks display—a healthy family outing for most. A young child sat snuggled next to her mother in eager anticipation for the show. But not all was well. They sat in uncomfortable silence. After waiting over an hour for night fall, as the first pyrotechnics exploded in the sky, the young man angerly murmured, “screw this,” and stormed off. The young mother anxiously gathered the chairs and blankets, and with a toddler and charged after her punishing lover.

​We can only speculate what led to this final explosion that occurred at the most opportune time, driving the displeasure home, hurting both his partner and an innocent child. A young developing child, instead of exposure to the sights and sound of celebration, is dragged into the drama of the emotional maneuvers of an immature adult. The child was undoubtedly was excited about the dazzling sky show with exhilarating pops and bangs. Her anticipation reached a crescendo with the first pop, ending quickly with disappointment and drama. A few episodes like this and a child quickly learns to distrust anticipation, preparing for disappointments to avoid nasty surprises, living a curtailed life, fearful of the unexpected endings.

"Strong relationships create security, not captured through hurtful punches to win the fight, but from careful and compassionate attention to the feelings of our lover."

An emotionally charged punch is a nasty weapon in the sly maneuvers of deteriorating relationships. The odd mixture of love and hate plays out in contemptuous comments that hurt. Each partner learns safety through disconnection rather than vulnerability and intimacy. Our well-being is not safe here.

When my children were young teens they enjoyed afternoon shows on Nickelodeon and Disney geared for their age group. The theme of these shows typically followed a pattern. A rift between two people (friends, siblings, parent and child) that was resolved at the end of the show. The feuding players would resolve their differences in dramatic fashion. The wordy jostling would end with a winner who slipped the most emotionally packed jab. The simulated studio audience would explode with “ahhhhhhh” and “ohhhhhhhh.” Inevitably, the powerful punch would lead to the victim reevaluating and asking for forgiveness. The rift was solved, and friendships reestablished.

Here in the real world this method has some problems. Even a knockout punch doesn’t end our relationship matches. We want a healthy relationship. The continuing of the relationship is the goal, not momentary victory in a dispute. Our contemptuous remarks sting and scar. They may manipulate a temporary victory but initiate a long-term failure.

A tyrannical attack is laced with poison that the relationship absorbs, producing negative affects of anger, sadness, contempt, or many other discomforting emotions. These attacks typically don’t invite a happy ending common to a television show. Unbalanced attacks, instead, solicit a protecting response—a defensive attack or protecting shield. A harmful cycle of negative affect has begun. According to John Gottman, these disagreements and the manner the participants respond are more predictive of the success and failure of the relationship than any other element. (2011, Location 398)

When immediate impulses dominate, long-term goals suffer. The satisfaction derived from a relationship doesn’t emerge from browbeating a partner into submission. Long stable relationships are established from environments of safety. Bonds established in equality create safety, each partner feeling being cared for by the nurturing attention of the other. When disagreements are encountered, instead of a negative cycle of damaging punches, the carefully works through the differences with respect for the others psychological states, reading the emotions and maintaining a positive affect, promoting the welfare of the partner and the relationship. (Mills & Clark 2001, p. 19)

“Romantic love was all about attachment and emotional bonding. It was all about our wired-in need to have someone to depend on, a loved one who can offer reliable emotional connection and comfort.” Sue Johnson

As for the young couple, we can hope that the upset and disrupting moment was an aberration, followed by sharing of feelings and connection rather than a full-blown punching match, each trying to gain the upper hand while destroying the relationships and the quiet stability of a loving home for the young child in tote.

Next time you feel wronged and upset, slow down, take a deep breath, and striving to better understand. We accomplish more towards goals of intimacy by breaking the negative affect cycle than with another destructive boxing match where everyone returns to their corner looking like the fool.
Please support FLS with a share: